Advancing Teachers of Mathematics to Advance Learning for All

Advancing Teachers of Mathematics to Advance Learning for All (ATMALA) prepares participants to become proficient with research-based mathematics teaching practices and foster expertise with a "culturally responsive mathematics teaching" approach. Research shows that this approach improves students' attitudes toward, and success with, mathematics and promotes active learning by building from students' prior knowledge, and their cultural and community experiences.

The ATMALA micro-credential pilot program provides a set of shorter, more focused learning experiences that address the acquisition of particular skills or performance outcomes. The program is made up of 12 micro-credentials, each focusing on a specific competency. Upon completion of each micro-credential, a participant will receive a digital badge. The micro-credentials will be released on a rolling basis beginning October 2020 with “Eliciting Student’s Mathematics Thinking through Math Talk” as the first one.

Future micro-credential modules to be released in 2021 include:

*Please note: Due to state and federal regulations, non-California residents may only enroll in CSUF online courses when their state has authorized CSUF as a provider.

In this Q&A, Dr. Ellis talks about program benefits, the value of participating in a diverse learning community, and advice for incoming students. 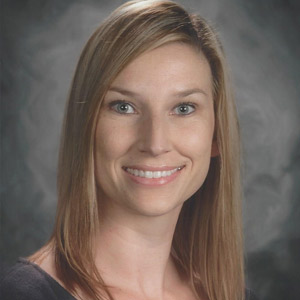 In this Q&A, Lacy Knight discusses common career paths for graduates, highlights of the ATMALA program, and her favorite course in this program.

Mark is a Professor of Education at California State University, Fullerton. Prior to entering higher education, Mark taught mathematics in grades 6-12 in northern California public schools for six years and experienced firsthand the power of creating learning environments in which students are supported in making sense of mathematics through collaborative and culturally relevant lessons. He earned National Board Certification in Early Adolescence Mathematics in 1999 and renewed his certification for the second time in 2019. Mark earned his Ph.D. in Education from the University of North Carolina Chapel Hill in 2005 with an emphasis on mathematics teacher education under the advisement and mentorship of Dr. Carol E. Malloy. His research interests include the history of school mathematics in the U.S., equity in mathematics education, and middle school mathematics teaching and learning. He has taught future and current teachers of mathematics since 2003 including content and methods courses at the undergraduate and graduate levels.

Mark has published over 40 articles and made over 80 presentations about mathematics teaching and learning for both practitioners and teacher educators. Putting research into practice, he has received over $9 million in competitive grant funding to support collaborative work with teachers of mathematics from elementary through high school aimed at understanding how to create learning environments that support all students in making sense of mathematics. Mark served as an elected member of the National Council of Teachers of Mathematics (NCTM) Board of Directors from 2011-2014 and contributed to the development of NCTM’s Principles to Action: Ensuring Mathematical Success for All. In 2015 he received NCTM’s Linking Research to Practice award as co-author of the article, “Multidimensional Mathematics Teaching.” He is co-author of the NCTM book, Reimagining the Mathematics Classroom: Creating and Sustaining Productive Learning Environments, K-6. Mark also serves as one of two lead authors for Ready Classroom Mathematics, a K-8 curriculum series used in schools throughout the U.S. All his work is driven by a belief that every student has the potential to be successful in learning mathematics and a commitment to ensuring this potential is fulfilled in every classroom.

Lacy is a middle school educator in her 11th year teaching and her 5th year with Norwalk-La Mirada Unified. She earned a B.S. in Finance from CSU Long Beach and a Master's of Arts in Curriculum and Instruction from Concordia University. She is a National Board Certified Teacher and has presented at multiple conferences, including Palm Springs' CMC conference and San Diego's - NCTM conference.

“I would definitely recommend the ATMALA micro-credentials to other educators. I have already shared articles and videos from my participation in the program with my department.” 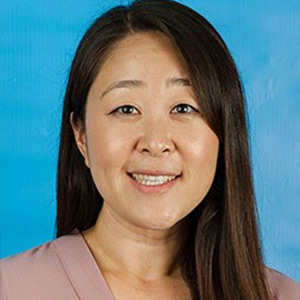 “I would recommend this program as an introduction to engaging students in mathematics in a creative manner that allows every student to share their thinking.” 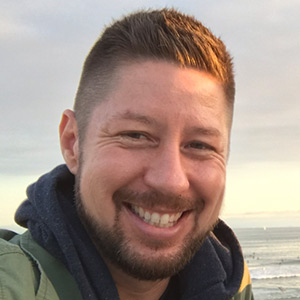 “The rubric and other documents provided within the course allowed me to be more detailed as I reflected and designed new academic discourse activities.”

What's Your Next Step?

Join our email list! By joining our email list, we will send you important program updates and let you know when registration is open for the program.

For optimal viewing of the course schedule below, please view on a tablet or desktop

Note: Click on the course title to view all available course sections. Hover over the colored labels to view where the course will be offered.
Course Title
Using Students' Funds of Knowledge to Plan Math Tasks

No sections available. Sign up and stay connected. View the course description.

Assigning Competence and Attending to Status in the Math Classroom
Close

Please select one of the two options.

I currently live outside of the United States
Your enrollment in a CSU Fullerton, University Extended Education professional development certificate class/program does not constitute admission to the University, nor does it provide eligibility for any type of student Visa.

No sections available. Sign up and stay connected. View the course description.